The exhibition is open until Monday 13 April 2020.

With the exhibition ‘Disolve’, Lærke Lauta presents a series of paintings that are both small figurative and storytelling – and large and abstract. A large part of the exhibition’s works were created in the winter of 2019 at Statens Værksteder For Kunst in Copenhagen, where Lærke Lauta began to work with a new painting technique that has led her from the figurative and story-telling universe to an abstract form language that spans the same powerful and contrasting color scale like the less figurative paintings.

Lærke Lauta b. 1974, is a trained visual and video artist from the Royal Danish Academy of Fine Arts, Cooper Union in New York and Gerrit Rietveld Academy in Amsterdam. Lærke Lauta has previously worked with video installation, sculpture and painting.
Horsens Art Museum has previously collaborated with Lærke Lauta in the fall of 2017 in connection with the city project: ‘The city’s forgotten art treasures’, which was created in collaboration with MÆRK BYEN Horsens and which could be experienced in Caroline Amalie Lunden. 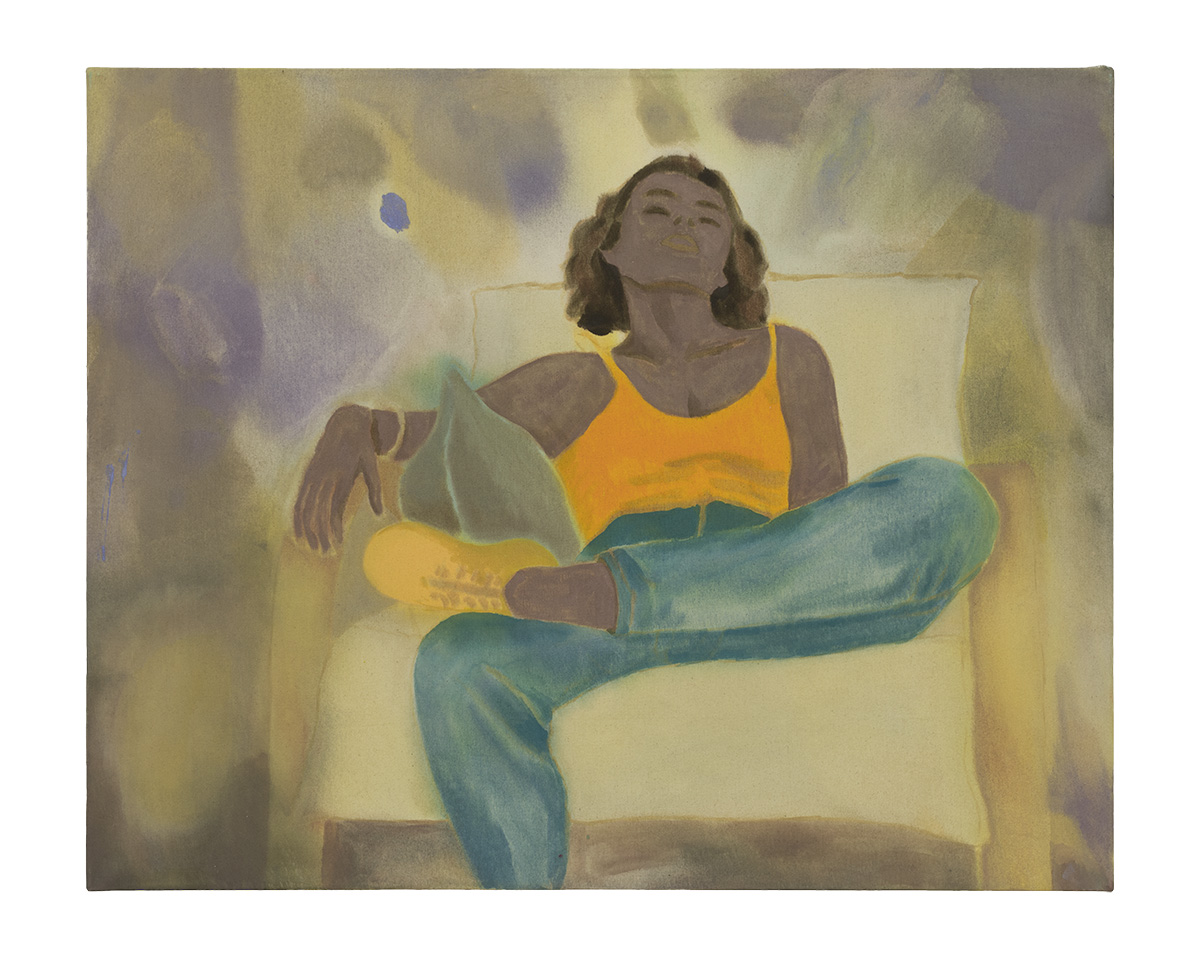 Horsens Art Museum presents ‘DARK MATTER’ created by  Cathrine Raben Davidsen and Nikoline Liv Andersen. Back in the fall of 2018, the two artists worked side by side at Statens Workshops in Copenhagen, where they worked on the dialogue project, which is based on nature and its significance for our existence. Both artists are well represented in the collections of Horsens Kunstmuseum and the exhibition in autumn 2019 will be the two artists’ first joint project.

Background: Cathrine Raben Davidsen was born in 1972 in Copenhagen. She graduated from the Royal Danish Academy of Fine Arts and has also studied at academies in the Netherlands and Italy, as well as read theology at the University of Copenhagen. In Cathrine Raben Davidsen’s art, mythologies, traditions and tales are explored, drawing threads to the great masters of art history, as well as the existential and philosophical thinking of our time. She lives and works in Copenhagen.

Background: Nikoline Liv Andersen was born in 1979 in Copenhagen. She is a trained Clothing Designer from the Danish School of Design and has during her education been practicing with both Christian Dior and John Galliano. Since 2015 she has worked for the Italian fashion house Fendi. Alongside this, Nikoline Liv Andersen continues to work on his works that are at the crossroads between art and design. 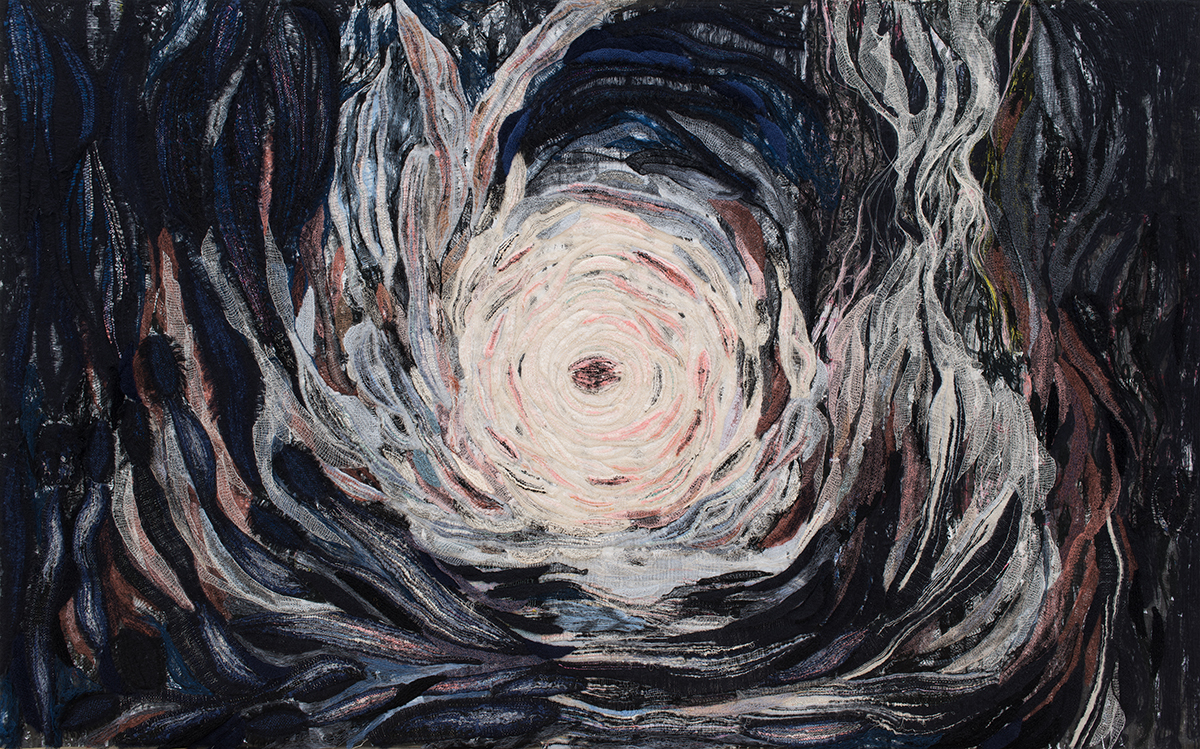 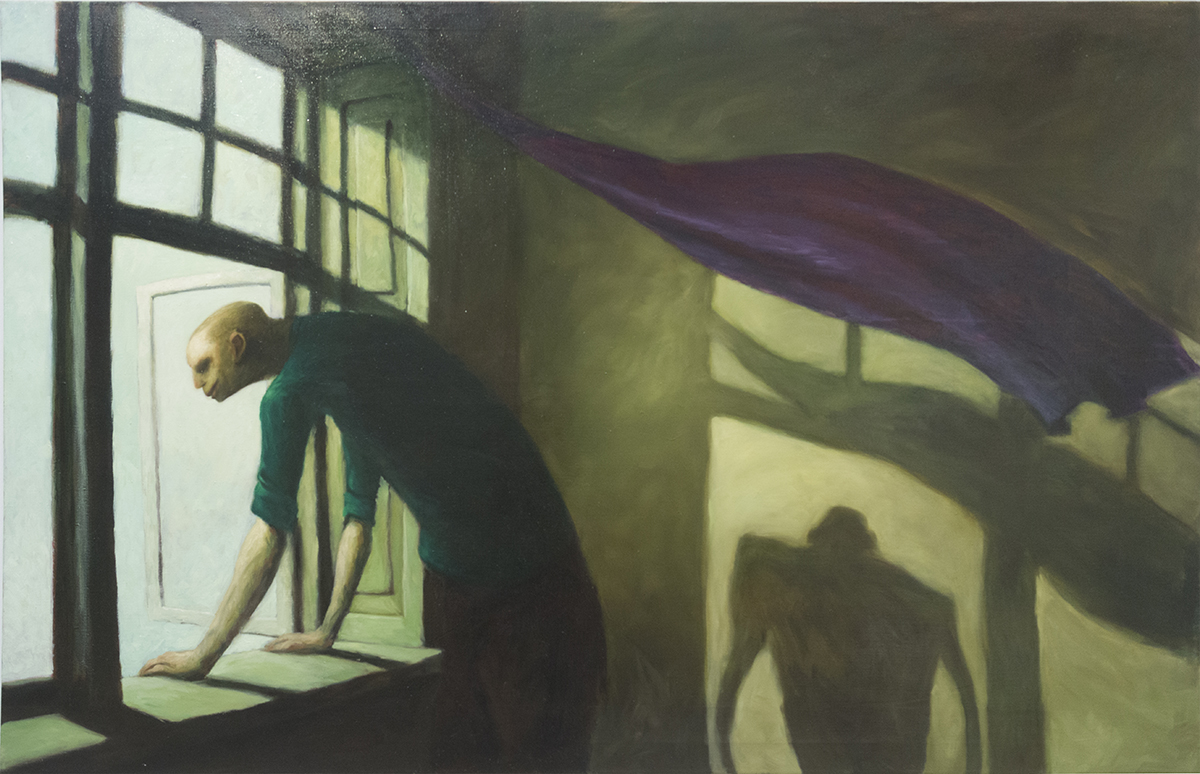 Michael Kvium from the collection

Michael Kvium is a Danish artist born in Horsens in 1955. Kvium’s works are seeking the corners of our culture and staging the gloomy and macabre, the moral and physical decay. His visual universe deals with the world that we live in and the dark aspects of our existence. His approach is uncompromising, for which reason his works often awake both fascination and disgust. 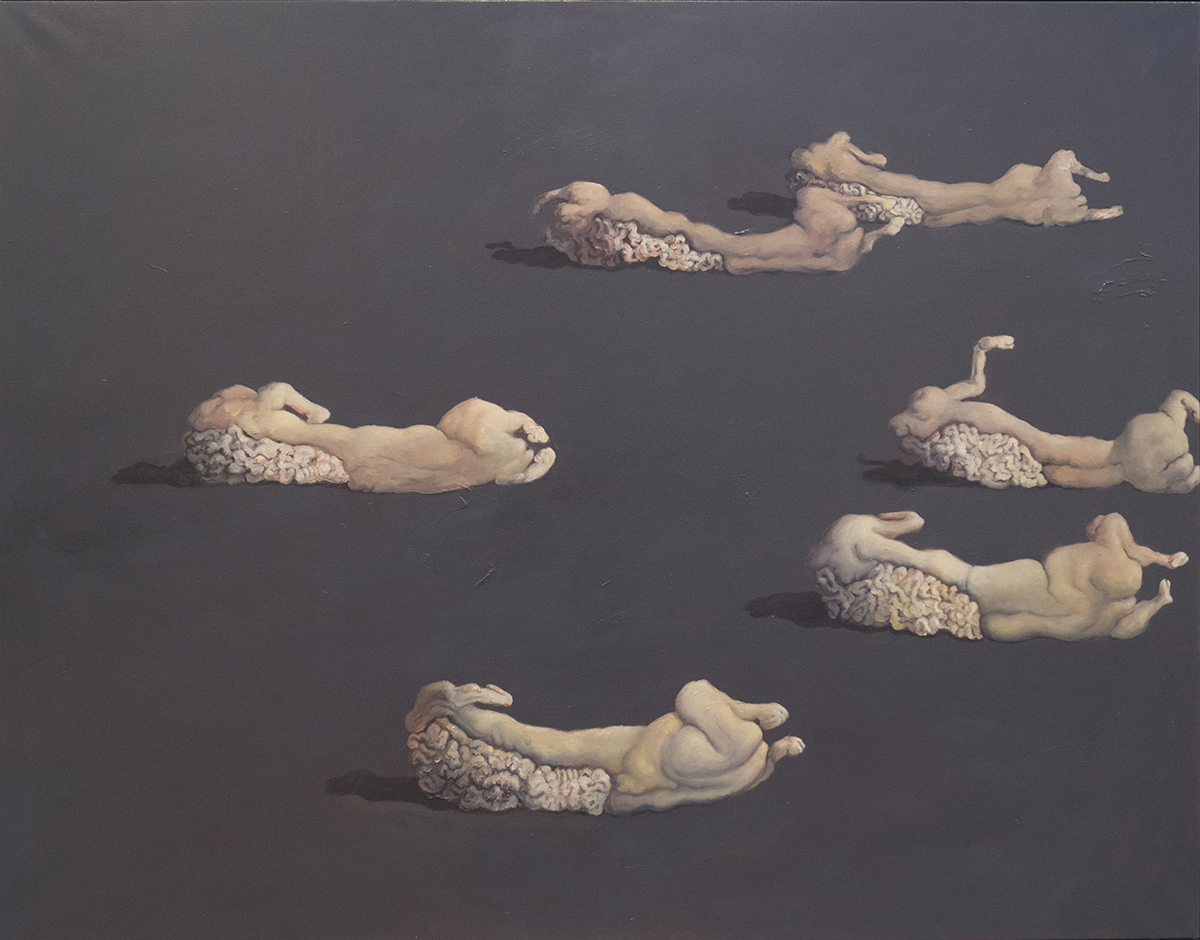 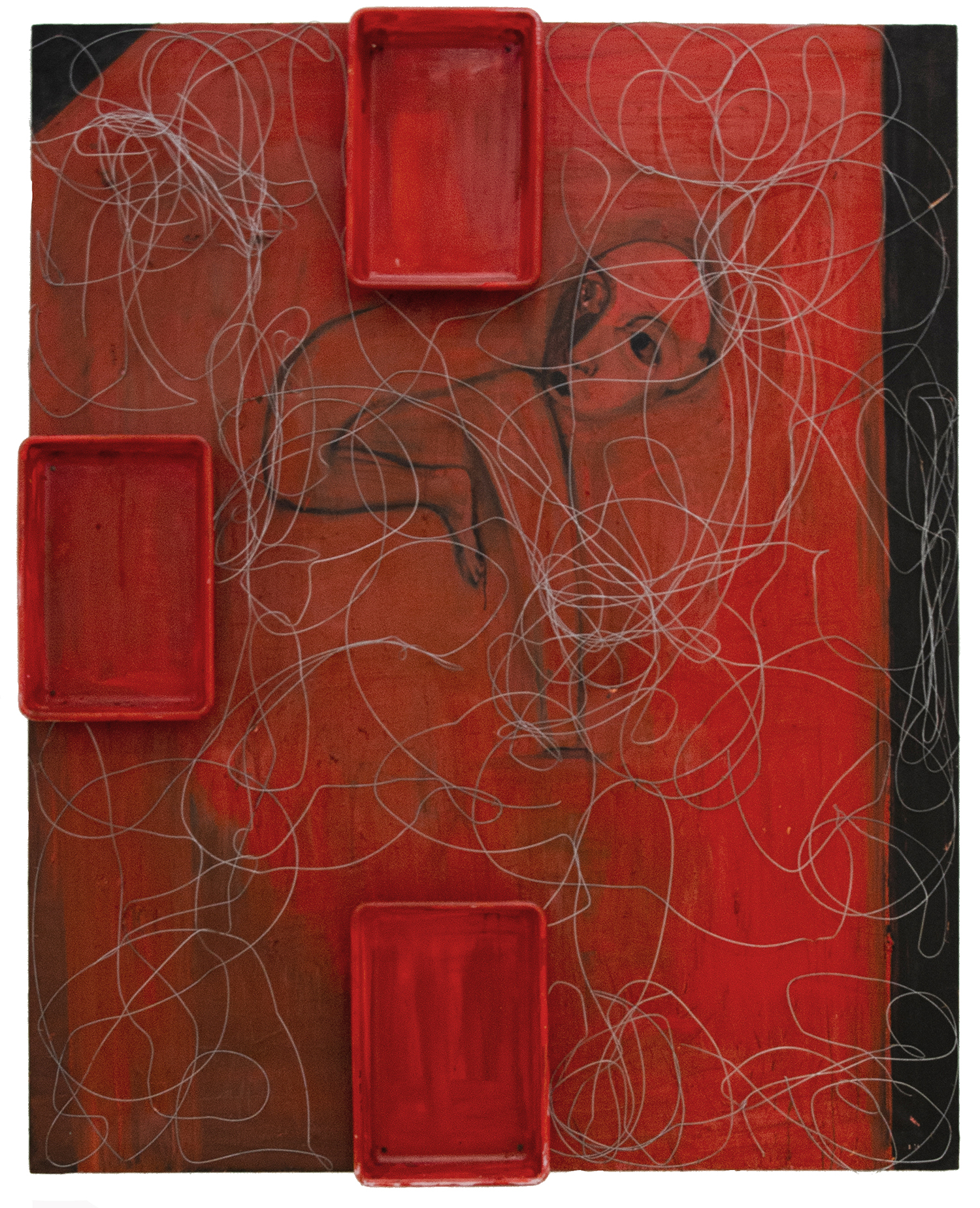 Erik A. Frandsen – in the collection

Erik A. Frandsen was born in Randers in 1957 and played a leading role in the artistic breakthrough in Denmark in the years 1981 – 83. Today we associate Erik A. Frandsen as one of Denmark’s most acknowledged artists who’s oeuvre is highly multifacetted.

The works of Erik A. Frandsen is to be found on many Danish muse- ums as well as in public spaces and private collections.
Through the years he has played, and still plays, a great and signifi- cant role in the history of Horsens Art Museum. Frandsen was among the first artists to exhibit at Horsens Art Museum after the museum was established as an independant museum; first in a joint group exhibition, ’Ler-etuder II’ in 1985 and then in the solo exhibition ’Re- trograd Amnesi/Ingen vej tilbage’ in 1986. Since then a large handful of solo – and group exhibitions has followed.

With more than 300 works, Frandsen occupies a significant place in the Horsens Art Museum’s collection, where we can follow his artistic development from the the early 1980s to the present day.

From 1976 -79 Erik A. Frandsen studied ceramics in Greece, sculpture in Carrera, Italy, and worked with graphics in France. When he mo- ved back to Denmark in 1981 he co-founded the artistic community ’Værkstedet Værst’. As a part of ’De Unge Vilde’ (The Wild Young)in the beginning of the 1980’s, Frandsen was taking part in pushing the boundaries for the formal expression of art as well as the use of materials, particularly focussing on paintings. As an artist he has explored numerous mediums through his artistic career in an end- less search for new opportunities. The exploration of various artistic mediums spands widely from painting and photography to graphics, sculpture, installation, mosaics, neon and steel reliefs. The artist’s wide use of different mediums bears witness to a constant urge to explore new possibilities, and the content of the motive tells a similar story. Incorporating an artist like Erik A. Frandsen can be difficult but the collection at Horsens Art Museum can help put an insight into the artist’s many-facetted universe.

Read more about the exhibition here. 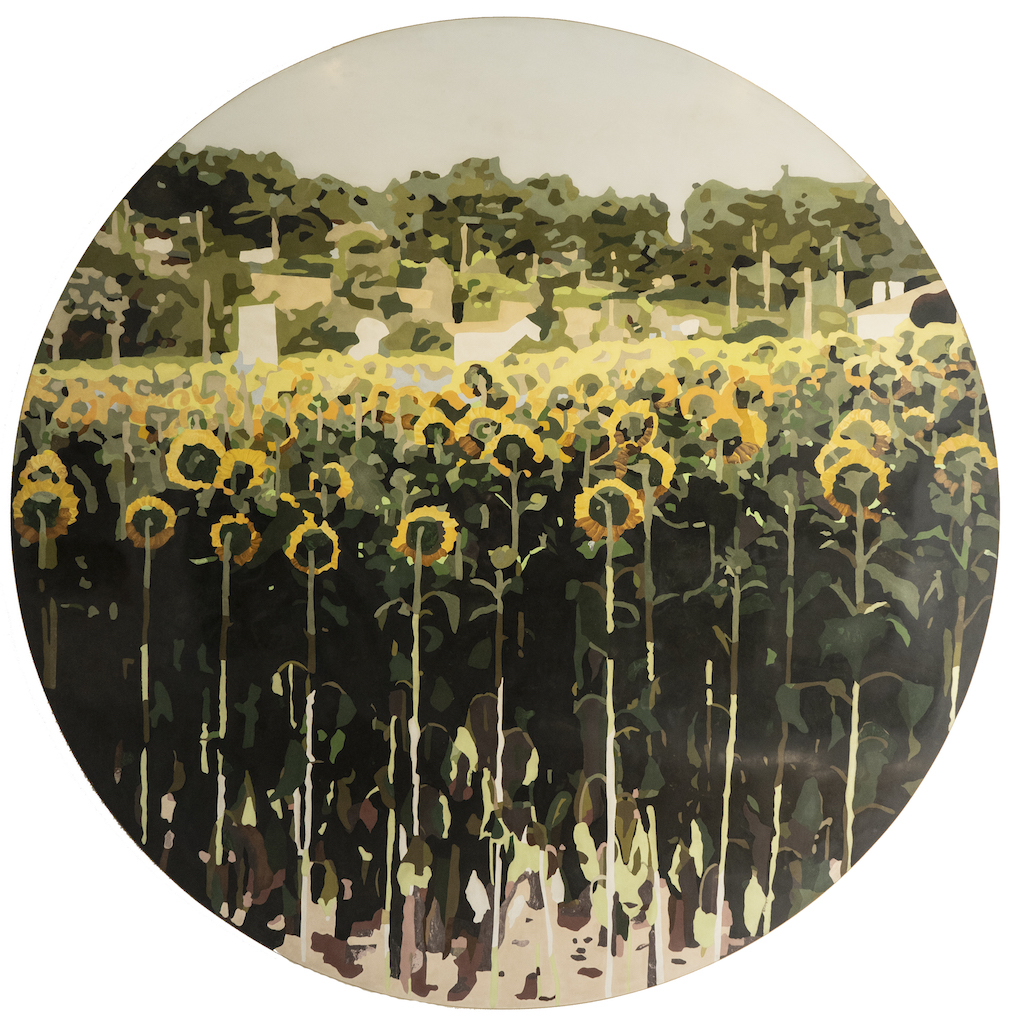